Michael Castelo is regarded as one of Hawaii’s top digital marketers. Although it’s a subjective claim, the fact is, if you’ve ever searched online for a product or service in Hawaii, you’ve likely come across a company that Michael works with.

He’s the guy behind the scenes working to help businesses grow and succeed through digital marketing strategies. He’s like the “Wosniak” to Apple or the “Einstein” to physics in the online marketing world.

For Business Digital Marketing Inquiries, you may schedule a call here:

If you've ever searched for a product or service online in Hawaii, you've more than likely came across a company Michael is working with.

In order for digital marketing to be successful, a holistic strategy needs to be implemented. If you're missing a piece to the digital marketing puzzle, your strategy will likely not succeed and a competitor that we work with will.

Instagram is today's "TV Commercial." Every company needs an Instagram otherwise you're behind the times. Have Michael's team manage your IG or teach you how to use IG to dominate your niche!

Copywriting is all about the "words that sell", persuasion, consumer psychology, positioning, and influence.
Schedule a call with Michael today for a Strategy Session.

Michael is looking for aspiring entrepreneurs who are interested in learning Digital High Income Skills! Get mentored by Hawaii's best!
We have clients waiting for you to serve & start making money! 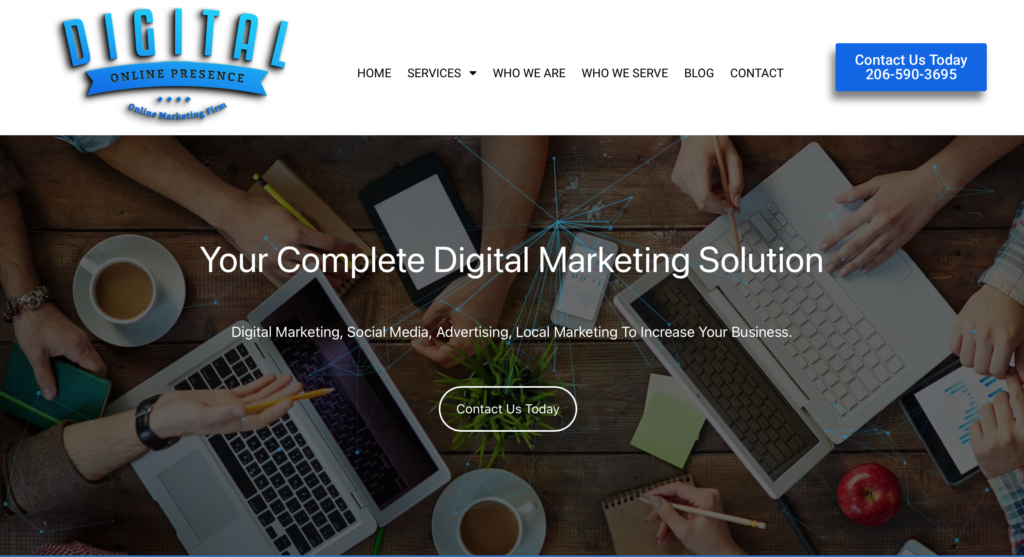 The Path Is Not Linear

You begin by choosing a field or position that roughly corresponds to your inclinations. This initial position offers you room to maneuver and important skills to learn.

You don’t want to start with something too lofty, too ambitious – you need to make a living and establish some confidence. Once on this path you discover certain side routes that attraced you, while other aspects of this field leave you cold.

You adjust and perhaps move to a related field, continuing to learn more about yourself, but always expanding off your skill base. You take what you do for others and make it your own.

Eventually, you will hit upon a particular field, niche, or opportunity that suits you perfectly. You will recognize it when you find it because it will spark that childlike sense of wonder and excitement; it will feel right.

Once found, everything will fall into place. You will learn more quickly and more deeply. Your skill level will reach a point where you will be able to claim your independence from within the group you work for and move out on your own.

In a world in which there is so much we cannot control, this will bring you the ultimate form of power. You will determine your circumstances.

As your own Master, you will no longer be subject to the whims of tyrannical bosses or scheming peers.

Daily Law: You must see your career or vocational path more as a journey with twists and turns rather than a straight line.

The hunger for the magical shortcuts and simple formulas for success has been a constant throughout history. But in the end all of this searching is centered on something that doesn’t exist.

And while you lose yourself in these endless fantasies, you ignore the one real power that you actually possess.

And unlike magic or simplistic formulas, we can see the material effects of this power in history – the great discoveries and inventions, the magnificent buildings and works of art, the technological prowess we possess, all works of the masterful mind.

This power brings to those who possess it the kind of connection to reality and the ability to alter the world that the mystics and magicians of the past could only dream of.

Over the centuries, people have placed a wall around mastery. They have called it genius and have thought of it as inaccessible.

They have seen it as the product of privilege, inborn talent, or just the right alignment of the stars.

They have made it seem as if it were as elusive as magic. But that wall is imaginary.

This is the real secret: the brain that we possess is the work of six million years of development, and more than anything else, this evolution of the brain was designed to lead us to mastery, the latent power within us all.

Daily Law: Work to create the kind of mind you desire. Unleashing the masterful mind within, you will be at the vanguard of those who are exploring the extended limits of human willpower.

Avoid The Counterforces To Mastery

What weakens that force within us, what makes you not feel it or even doubt its existence, is the degree to which you have succumbed to another force in life’s social pressures to conform.

These counterforces can be very powerful. You want to fit into a group. Unconsciously, you might feel that what makes you different is embarrassing or painful. Your parents often act as a counterforce as well.

They may seek to direct you to a career path that is lucrative and comfortable. If these counterforces become strong enough, you can lose complete contact with your uniqueness, with who you really are.

Your inclinations and desires become modeled on those of others. This can set you off on a very dangerous pach. You end up choosing a career that does not really suit you.

Your desire and interest slowly wane and your work suffers for it. You come to see pleasure and fulfill- ment as something that comes from outside your work.

Because you are increasingly less engaged in your career, you fail to pay attention t0 changes going on in the field – you fall behind the times and pay a price for this.

At moments when you must make important decisions, you flounder or follow what others are doing because you have no sense of inner direction or radar to guide you.

You have broken contact with your destiny as formed at birth. At all cost you must avoid such a fate.

Daily Law: The process of following your Life’s Task all the way to mastery can essentially begin at any point in life. The hidden force within you is always there and ready to be engaged, but only if you can silence the noise from others.